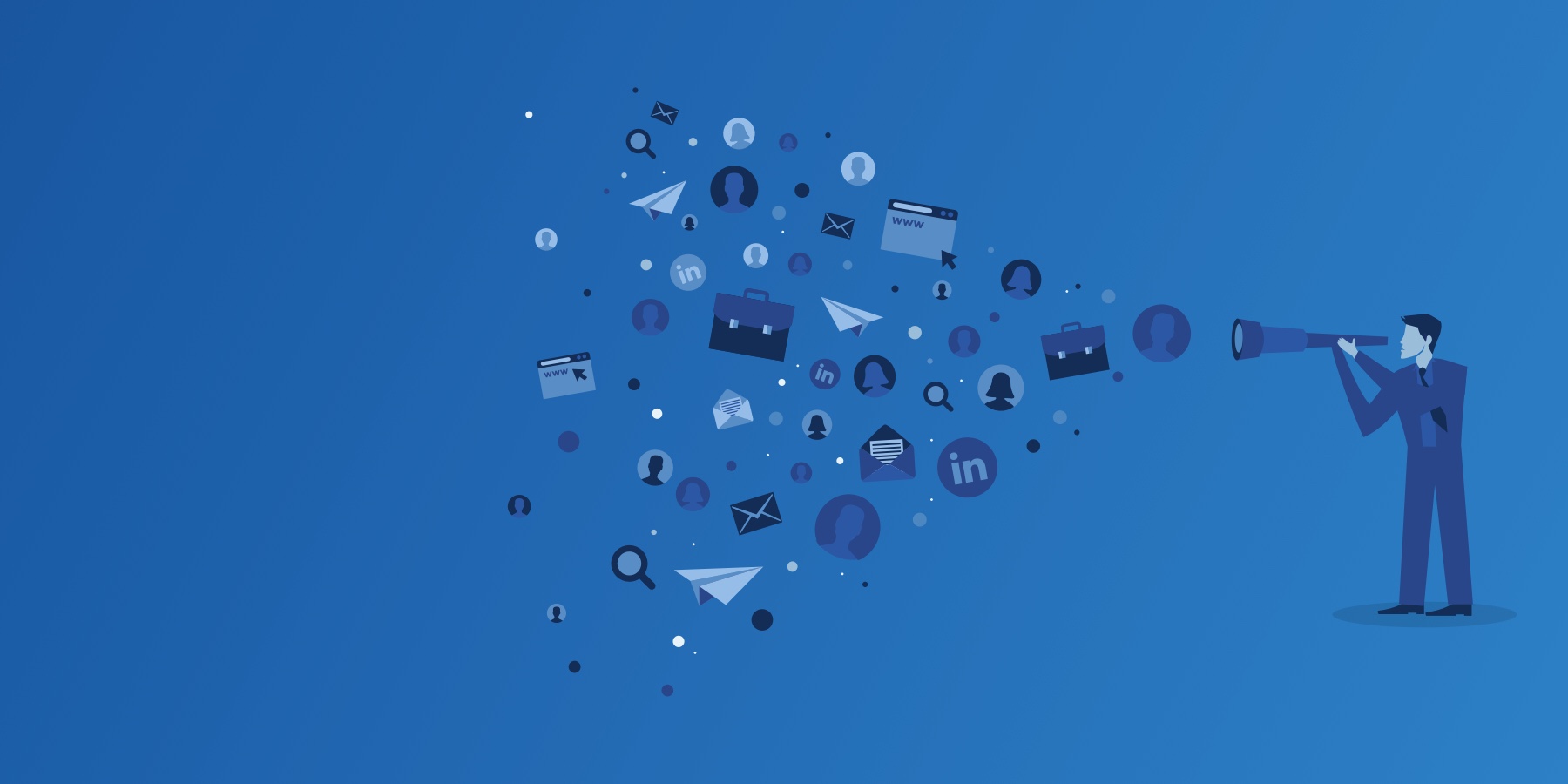 There’s no such thing as a “one size fits all” message for prospects that your team is sourcing—every candidate responds best to messages that have been written specifically for them.

Despite this, there are a few general rules that you can follow if you want to consistently get candidates to open, click and reply to your messages.

When you sit down at your desk every morning and sift through your unread emails and LinkedIn messages, how do you decide which ones to open and which ones to delete?

The words you use here can have an enormous effect on open rates, in fact, as many as 35% of recipients will only open your message if the subject line resonates with them.

The question is: how do you optimise your subject line to encourage candidates to “click” and read.

Here are a couple of best practices that can make a big difference:

The subject line is your first opportunity to stand out from competitors and show candidate’s that you’ve done a little research and that you’re genuinely interested in talking to them.

The easiest way to do this? A little personalization.

Simply mentioning the candidate’s name will increase your open rate by as much as 26%! Shocking right?

It doesn't have to stop there though, Maisha Cannon, a Sourcing Leader at Procore Technologies, gets a lot more creative.

She sees the subject line and start of your message are your “icebreaker”. Start the conversation off on a good foot by referencing personal details about candidates that other recruiters ignore (i.e. go deep on their social footprint, do a little stalking!)

Want an example from Maisha? Here’s a neat subject line that references the charitable work a candidate did every Monday evening… It’s beautifully simple but shows the candidate that you’ve done your homework.

If you have any friends in common, don’t wait until the main body of the message to highlight them.

Mentioning a mutual connection in your subject line will increase your chance of getting a response by as much as 27%.

The reason for this is simple. The candidate may not have heard of you, but by mentioning a friend, colleague or acquaintance in the email subject line you’re providing an endorsement of trust and giving them a reason to speak to you.

How much more likely are you to watch a film or visit a restaurant that a friend has endorsed? That seal of approval makes a huge difference to your decision-making process.

You can tap into that same impulse to get more opens and replies.

It can be tough to get top talent to open and engage with your messages, so there’s always a temptation to game the system and try to “trick” people.

Subject lines that suggest to candidates that you’ve already spoken or use “re.” to imply that your message is part of a pre-existing email chain
might get a few clicks, but they damage your brand and often ensure that candidates never apply!

Subject line length: does it matter?

With 2.4 million emails sent every second, there are a ton of contrasting opinions and data out there about the kind of subject lines that are most effective.

We've always found that keeping subject lines short and sweet has the best results. Most people get a LOT of emails. They need to know whether your message is worth reading by glancing at it.

Bear in mind too that 51% of email is now opened on mobile too, so you need to make sure that your subject line is short enough for candidates to get the full picture on the smaller screen.

Beyond these guidelines though, subject line length doesn't matter as much as the words you use. Yesware compared data drawn from 2 anonymous companies and found no statistically significant patterns around word count.

When it comes to the content of your message, personalization is king.

We’ve all become experts at ignoring messages that aren’t specifically for us. We rarely engage with marketing messages, filtering out anything the feels generic or automated. Mass recruiting emails have the same effect. If candidates see that the message wasn’t written specifically for them, they are quick to dismiss it.

Make sure that you always address candidates by name, and try to customize the message content to show that you’ve looked at their LinkedIn profile and reviewed their past experience.

Remember, the majority of messages that people receive are pretty generic. Anything you can do to be different will put you ahead of the pack.

To cut through the noise, Mike Chuidian, senior sourcer at Sears, takes an innovative approach which gets big results. He uses humor and personality to color his recruiting messages and stand out to passive candidates.

This works – the results that Mike gets are amazing. Here’s an example of a message that he sent to a group of Growth Hacking candidates (a position that’s fast becoming one of the toughest to fill):

Wondering what response rate Mike got? A whopping 97%!

Stay away from branding and polished screenshots, messages that are simple and direct help recruiters establish a “human-human” connection with candidates and are far more effective at generating positive replies.

Every email you send needs to have a clear next action.

The way you sign off each message is crucial. You need to give candidates a clear next step.

You’re sending a message for a specific reason, usually to draw attention to a job or opportunity, so make sure the candidate knows that!

Possible next steps could involve:

Being vague won’t help you convince a great candidate to come in for an interview. According to research by psychologist Robert Sutton, people are more responsive and willing to help if they’ve been given clear directions.

The majority of your emails are destined to never get a response, so although a follow-up is technically not part of the anatomy of a perfect recruiting email, it's a crucial part of any sourcing strategy.

The recruiters that have the most success are the ones that understand the power of the follow-up. It’s the part of the race when most other people stop running, and you’re the only one left. It doesn’t matter how slow you run, you’re going to win because everybody else stopped!

Despite this, the follow up often doesn’t get the attention it deserves.

There are 3 key reasons for this:

**i) No one has time: **Recruiters tend to be pretty busy and, while most understand that following up is important, it often slips through the gaps.

**ii) No one wants to appear pushy: **It’s easy to tell yourself if the person really wants your job, they will reply themselves. Fall into this mindset, and you may feel pushy following up.

**iii) No one likes getting rejected: **If your attempts at following up are unsuccessful, it’s not uncommon to suffer feelings of rejection. Studies show that rejection affects the human brain in the same way as physical pain, understandably something recruiters would want to avoid!

There are a number of legitimate reasons why a candidate hasn’t replied to your message.

For starters, they’re busy. Replying to your message probably isn’t their top priority, particularly if they already have a job. It’s also equally possible that they didn’t see your first message. Top candidates have a pretty full inbox, your message may well have gone unnoticed.

Most people assume that when they get a response on the 2nd or 3rd email it's because they’ve written something more engaging.

More often then not though, the real reason why people respond to your follow-up email is very simple: timing!

Your original email came through at the wrong time. Your target candidate was too busy or distracted to take action and reply. Silence does not mean no!

Note that one of the reasons passive candidates are less likely to reply to cold emails is that they’re busy a higher proportion of the time – they’re working and haven’t dedicated any mental energy towards a job search!

Your follow-up email got a reply because it came through when the candidate had time to consciously process and respond to it. That’s all.

Now, if it’s that simple you might ask why you even need to send a follow-up email. Shouldn’t the candidate just go back to your first message when they’ve got a little more mental bandwidth free?

Sadly not. Emails have an incredibly short lifespan.

90% of emails that receive replies are replied to one day after they are opened.

How many follow-up emails should you send? Never stop following up. It’s as simple as that.

If you’ve already had some kind of interaction with the candidate (and that interaction was not a clear NO), then follow up as long as it takes to get a response.

Research clearly shows that follow up emails (even by email 10) get results!

If you're looking for more information on how to build and scale an outstanding talent acquisition operation, check out our online Recruitment Marketing University.